At Floorscapes, we have a passion for good design. On the daily, we find ourselves combing through interior design and architecture magazines appreciating the good work of contemporary designers. Knowing a little about the history of design, we often spot historical influences in today’s looks, even the most ‘contemporary’ of them.

The reality is that the innovative and Modern design of today is built on a historical foundation and that it uses many tried and tested principles — balancing form and function, exploring the effects of colour, combining objects from the past and present and using images and symbols to create meaning.

So much about how design works can be learned from the past, which is why we decided to study up on our history and pay homage to the history of design with this series of blogs. Let’s begin with the first movement to pave the way to Modern design, the Arts & Crafts movement of the mid 1800s. 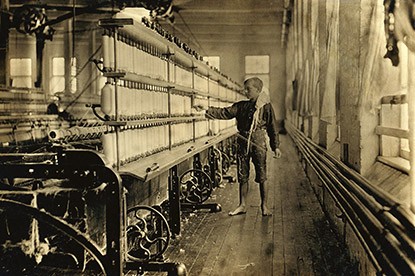 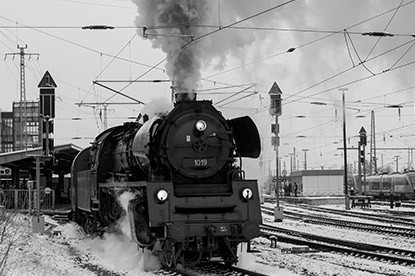 The Arts and Crafts Movement was formed in opposition to this trend. Its early thinkers and contributors A.W.N. Pugin and John Ruskin detested mass-produced furniture and furnishings. They also resented the organizing principles of Victorian decorating, which focused on impressing guests with a host of elaborate objects, paying little attention to combinations of shape, colour, texture and spatial arrangements. As a reaction to this, Pugin and Ruskin looked to the designs of the past, especially Gothic designs from the high middle ages. They elevated the Gothic style and people who produced them, the craftsmen. 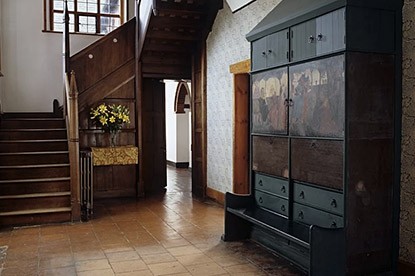 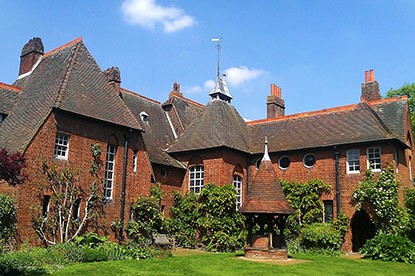 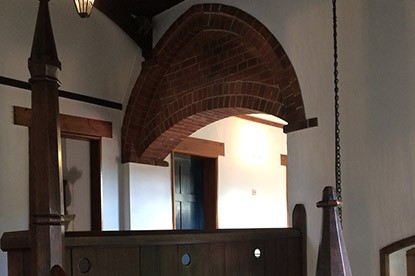 Influenced by Pugin, Ruskin and a growing Anti-Victorian sentiment, designer/painter/poet William Morris would eventually come to lead a group of architects, designers and artists who would unify and codify the Arts & Crafts style. Like Pugin and Ruskin, Morris felt that design and morality were linked. He detested mass-produced furniture and furnishings, considering them a reflection of the atrocious living conditions of the working class and the morally bankrupt factory system that employed them. William Morris was a socialist and he believed that good design could only be produced one way—by men and women working creatively with their hands.

Morris nostalgically looked back to a pre-industrialized Europe for inspiration, where during the Middle Ages, household objects were produced by guilds and the hands of individual craftsmen. At the time of Morris’ life, art was considered a higher calling than design and carpentry, but famously he said — “Turn our artists into craftsmen and our craftsmen into artists.” When Morris and his colleagues built the ‘Red House’ in 1860, he manifested his aesthetic vision. Reflecting his adoration of the Middle Ages, the exterior of the house is Neo-Gothic and the interior hosts mural paintings and floral patterns of Medieval influence.

With only two exceptions all of the furniture was designed by Morris and architect Philip Webb. While Morris was living at the Red House, he founded the now-famous decorative arts company, Morris, Marshall, Faulkner & Co. Intent on reforming British tastes for mass produced goods, they created original furniture, architectural carving, metalwork, stained glass windows and murals. Over time, their work became very well known and unified the Arts & Crafts movement that started in the 1880 in the UK and spread to North American & Japan during its 40 year heyday.

By the 1850’s, the Industrial Revolution was in full swing in Europe. Rapid advances in technology were creating massive social changes: as a result of improvements in farming and medicine, the European population was growing at an unprecedented rate; the invention of the steam engine and the spread of the railroad made long-distance transportation more accessible than ever; modern factory production made commodities more accessible and as a result, in higher demand. Together these factors brought people from the countryside into the city. More and more, rural families with a heritage of farm or small-town guild work moved to urban centers like London and Paris, often taking up work in factories.

Wealth was also changing hands. Europe was shedding the last remnants of the old Feudal order and Capitalism was winning the day. Armed with the very efficient mode of production that is the factory system, growing and expanding trade networks and the virtue of free enterprise, the middle class was growing both demographically and financially. More than ever, people had money to spend on activities and commodities. Factory owners started to mass-produce popular goods to meet that demand. Among those goods were objects of the home: furniture, textiles, print images, decorations etc. But accessibility came at the expense of originality — furniture and decorations became increasingly generic and homogenous, lacking the originality and place-based aesthetics of hand made pieces. The majority of middle-class families in Britian didn’t have a problem with this however, as they stacked every room with status objects in order to showcase their wealth and their comfortable lifestyle.

Jeannie Ireland, a chronicler of interior design history puts it well when she writes that the Arts & Crafts movement aimed to “enrich the lives of both the Artisan and the Consumer through design.” Aesthetically this meant designing and hand-crafting furniture and furnishings that were both aesthetically pleasing and functional.

Morris and his contemporaries considered their work to be a “return to honesty in artisanship and use of material.” This meant using natural materials (“rough cut stone, hand hewn timbers and textiles using natural fibers”) and “bringing our the inherent qualities of the natural material itself.”

These principles made for a very warm and approachable feel. In the case of the Red House: floors were made of earthy natural stone; wallpaper was hand designed and featured beautiful medieval-style floral patterns; murals depicted stories from the medieval folk tradition; colour combinations were subtle, with bold colours reserved for oriental rugs and other fabric; and lastly, the furniture was simple and comfortable. And most importantly, rooms were practical, for example the fireplace was given much space and focus as a friendly and social area.

In the design community nowadays, Arts & Crafts is a very well respected tradition. It was the predecessor to Art Nouveau and an important step along the way to Modernism. Contemporary designers are still using Arts & Crafts style pieces and arrangements today. For example, this dining room which has the subtle elegance of the Arts & Crafts style as well as its functionality — aesthetically it features the use of natural materials and earthy colours, using the red area rug and the green fire place surround as accents; functionally, the room is focused on the dining room table, where guests can sit and eat in comfort under a beautiful chandelier and beside a welcoming and warm fire.

We love design. Have a question about your next project? Please send us an email or give us a call. Better yet, if you live in Calgary and you’re in the flooring market, stop by our showroom at 525 58th Aveue SE. The Floorscapes team has as much experience as we do passion: combined, we have over 150 years in the world of Calgary flooring. We offer our knowledge, our expertise and our aesthetic sensibility in order to help you create a space that you will love.