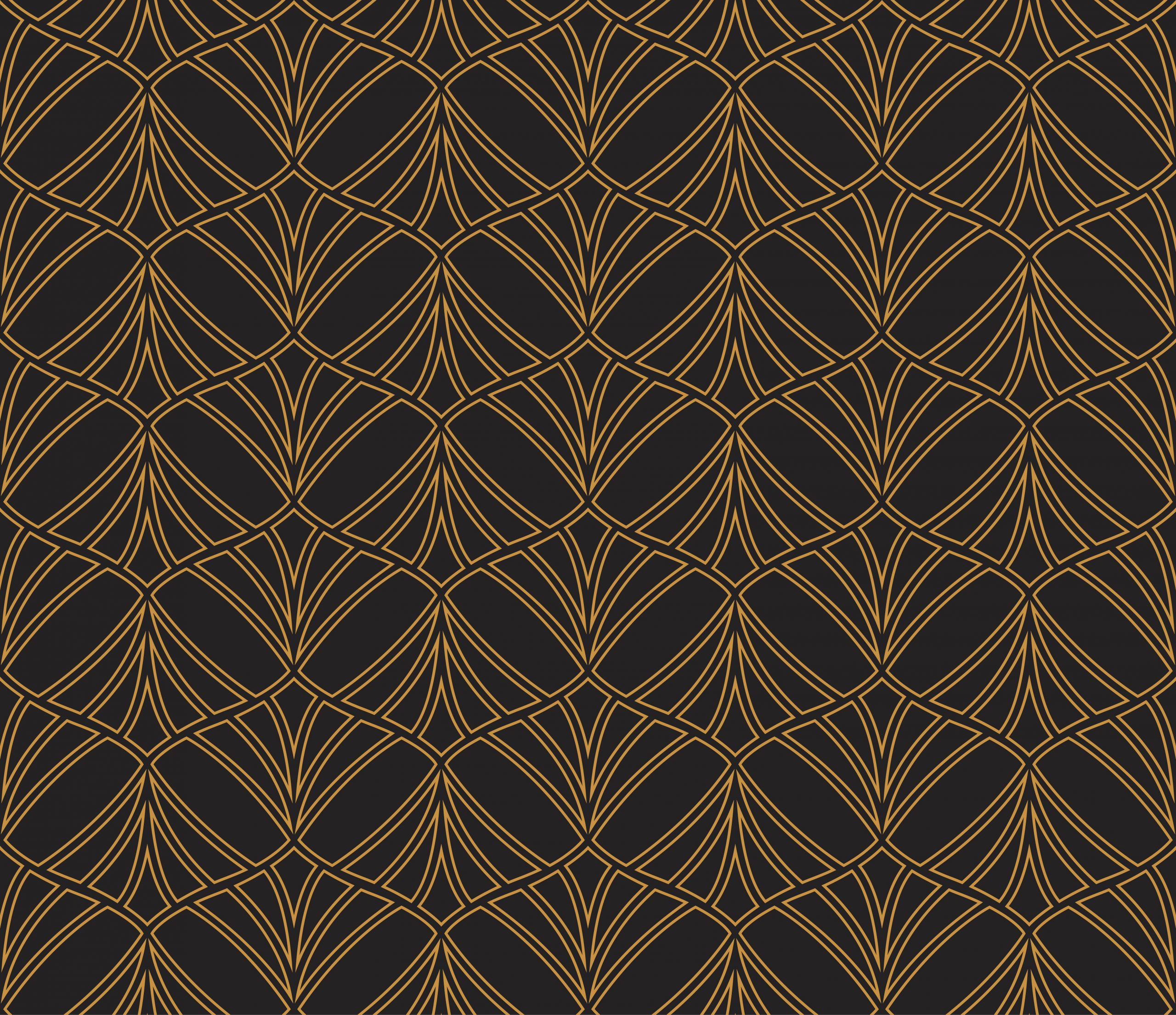 At Floorscapes, we have a passion for good design. On the daily, we find ourselves combing through interior design and architecture magazines appreciating the good work of contemporary designers. Knowing a little about the history of design, we often spot historical influences in today’s looks, even the most contemporary of them.

The reality is that the innovative and Modern design of today is built on a historical foundation and that it uses many tried and tested principles — balancing form and function, exploring the effects of colour, combining objects from the past and present and using images and symbols to create meaning. 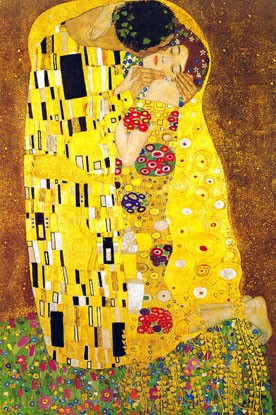 So much about how design works can be learned from the past, which is why we decided to study up on our history with this series of blogs. We’ve already covered the Arts & Crafts Movement which started in Britain in about 1880 and spread throughout Europe and to North America for the following 40 years. The next movement to pave the way to Modern design was the Art Nouveau, which started in 1890 in Belgium.

These first four photos showcase quintessential Art Nouveau design: the first is a staircase in Victor Horta’s “Tassel House, ” which was completed in Belgium in 1901; the second is Gustav Klimt’s famous painting “The Kiss,” which he painted in Vienna in 1908; the third is a ‘tiffany lamp’, designed and created by Louis Comfort Tiffany in New York in 1902; and the fourth is an interior view of Antoni Gaudi’s “Casa Batllo” which was completed in Barcelona Spain, 1904.

Besides the fact that all of these works were created between 1900 and 1910, what do they all have in common? The heart of the Art Nouveau movement lies in the answers to this question.

First, each artist has made extensive use of the curvilinear line, the signature of the Art Nouveau style; second, they have used natural forms as decorative ornamentation; the third similarity is a bit harder to spot since we live in an era permeated by modern design, but each piece clearly rejects the traditional styles of the time. 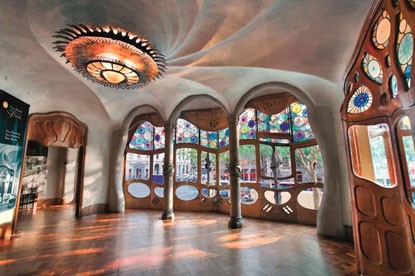 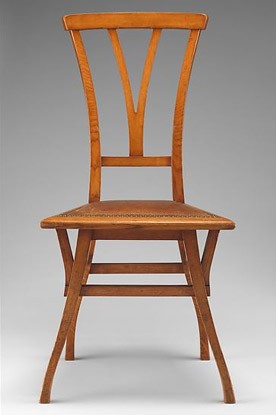 The undulating, asymmetrical line is the signature of Art Nouveau design. Sometimes it takes the form of a very pronounced “whiplash curve,” like those depicted in the vines in the Tassel House stairwell (first photo). The whiplash curve was especially present in Victor Horta’s work, who, unlike many of his contemporaries, wanted to achieve a strong thematic cohesion in his design. In the Tassel house for example, the whiplash curve can be seen on both the exterior and the interior of the house, and in many small ornamental details like on this doorknob.

Sometimes the curvilinear line is used more subtly, more undulating and meandering than whipping. For example, the wall pillars underneath the window arches in Gaudi’s “Casa Batllo” which are subtly curved inwards. Another example of a more subdued use of the curvilinear line can be found in the furniture designs of Henry Van de Velde, like this chair of 1898. The lines leading from the back of the chair down into the legs have a strong but uniform inward curve. They give the chair an elegant interest while maintaining a sleek, minimal look.

Regardless of the intensity of the line, Art Nouveau artists were looking to natural forms to inspire their lines. Geometrical shapes and straight lines don’t actually occur in nature, they are a human invention. Classical design and architecture, dating back to Ancient Greece, made extensive use of geometric shapes. But Art Nouveau design is replete with curves and irregularities, forms they took from nature and from naturalist illustrations like from these jellyfish by German biologist Ernst Heinrich Haeckel. See the whiplash curves in the jellyfish tendrils?

Art Nouveau designers and artists didn’t just use latent natural shapes, many explicitly featured plants and animals in their work. A very famous example can be found in the Viennese Secession Building, which was built by Joseph Maria Olbrich in 1897 in Vienna. Much of the building adapts classical themes, but the prominent ornamental feature is a golden sphere on the building’s roof. Look closely and you will see a tangle of golden vines with leaves that make up the shape. 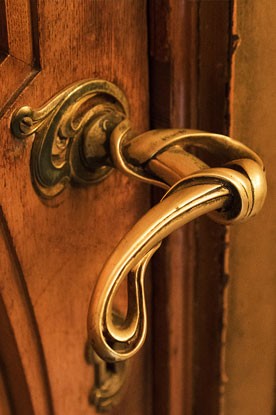 It’s obvious in a way, but it’s not always the first thing we think of — above all, what unifies the movements that lead to Modern design is the artists’ intentions to break with the past and create something new. The first four Art Nouveau pieces showcased in this blog had a drastically new look for their time. The “Tassell House” staircase hallway is like a pared down canvas: white walls, ceilings and floors splashed with a focused, but rich adornment, the whiplash curving vines. “The Kiss” by Gustav Klimt shows a highly stylized man and woman embraced in some kind of robe cover. The abstraction of shapes and the cohesion of colour in their shared garb makes them look more like a plant growing out of the ground than two individual humans.

The Tiffany lamp uses stained glass to depict an image, but instead of depicting a classical scene with Christian icons and Classical Greek gods (popular at the time), it showcases the intricate detail of a flowering tree. No divine or traditional image, simply a tree. Antoni Gaudi however, does make use of classical tropes, but he modernizes and changes them. In the interior view of the “Casa Batllo” he has taken the classic Roman arch and surrounded it by curvaceous, asymmetrical forms. His use of asymmetry was and is still radical. The Gothic Cathedral you see above is also his design. It has a familiar layout and structure, but he has added four massive pillars and a tonne of organic ornamental detail. Compare this Cathedral to the strict classicism of the US capital building. Which one looks more modern to you?

Now after exploring what each of the four pieces have in common, there’s something to be learned from what don’t they have in common as well. Each was created in a different country—Belgium, Austria, USA and Spain respectively. The Art Nouveau movement began in 1890 in Belgium but by 1910 it had spread throughout Europe and North America. Though short lived, the Art Nouveau movement was international and it encompassed most mediums of art and design: illustration, painting, sculpture, interior design, architecture, fashion, jewelry, etc. It had an indelible impact on the history of design and even though its progeny would reject the ornamentation of the whiplash curve, it helped pave the way for Modern design as a movement that sought to reject tradition and create something new.

If you have any more questions about water resistant laminate, send us an email or give us a call. Better yet, if you live in Calgary and you’re in the flooring market, stop by our showroom at 525 58th Aveue SE. The Floorscapes team has as much experience as we do passion: combined, we have over 150 years in the world of Calgary flooring. We offer our knowledge, our expertise and our aesthetic sensibility in order to help you create a space that you will love.