As you know well by the proliferation of Canada 150 sentiments, posts and quips on the internet, this July 1st is a special Canada Day. 150 years ago, Quebec, Ontario, Nova Scotia and New Brunswick were consolidated as provinces under the Dominion of Canada. The Canadian Encyclopedia calls it “the first step” that would eventually fulfill the vision of a unified country “from sea to sea”.

Part of the reason the British colonies decided to unite was fear of US expansion. At the time, there were whispers that the US would attempt to take Rupert’s Land, (what is now Western Canada). Thankfully, there is no longer any threat of US expansionism… at least geographically. But it is and has always been a concern culturally. The US is such a monumental political and cultural force that at times it looms over Canadian culture and almost threatens to swallow it.

For this upcoming Canada Day, we at Floorscapes got thinking about some aspects of our country that are distinctly Canadian, and that ought to be celebrated for their own sake. 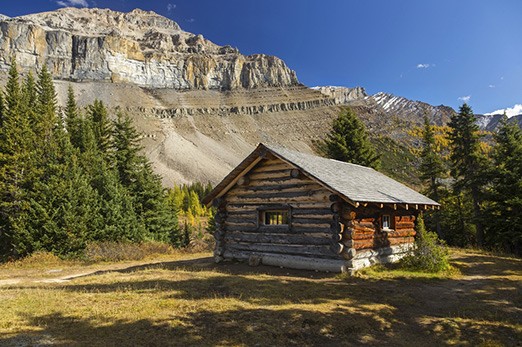 Is it cliché to call Canada a patchwork of peoples and cultures? Probably… but clichés stick for a reason. Canada is made up of its first inhabitants the Indigenous, European settlers and immigrants from around the world. With diverse people come diverse cultures, and with diverse cultures come diverse histories. The idea that Canada is only 150 years old and that its birth was the 1867 Confederation is only one history, and it’s a misleading one for Canada’s indigenous.

There are many ways you could count Canada’s age: New France was established 500 years ago, Upper and Lower Canada were established 250 years ago and rejoined 200 years ago. But a facebook post I recently stumbled across put it best. It read—”Canada 150, Mi’kma’ki 13,000.” Indigenous people have been living in what we now call Canada for thousands of years, and the idea that Canada is 150 excludes that fact.

Amongst all of the discussion of the sesquicentennial, I have seen many people speak up about this omission and attempt to inform other Canadians. Thankfully, many of us in Canada are open-minded, inclusive and willing to collaborate.

If you were to go around asking random Canadians “what is your favourite part of Canada?” I wouldn’t be surprised if over half of them responded—’its natural beauty,’ and for good reason. Canada is vast, ecologically diverse and astonishingly beautiful.

From sea to sea, you have the old-growth forests of Vancouver Island, ancient towering Rocky Mountains, rolling plains under expansive Western skies, quaint woodland forests and ocean shorelines that stretch for miles, like in Hopeswell Cape, New Brunswick.

On one hand, we can be grateful that we live on a vast land-mass, sparsely populated and ecologically diverse. On the other, we can thank the National and Provincial Parks system for protecting some of our more unique and glorious landscapes. But most importantly we can thank the preservation efforts of many great ecological advocates.

Let’s celebrate Canada’s greenery and at the same time acknowledge that efforts must be taken up, supported and maintained if we are to keep Canada healthy and beautiful.

When I think about Canadian music, the first artists that come to mind are the legends: Neil Young, the Band, Leonard Cohen and Oscar Peterson. I think it’s the same for most Canadians. At the end of the day, what is Canadian music without the likes of Neil Young? Agreed. I’m proud to say that I come from the same country as such folk, rock and jazz greats.

Everyone knows Arcade Fire… and understandably. They are a great band with great vision that gives voice to a lovely side of Canada; but what about outside of rock n’ roll? Canadian diversity does extend to music after all. 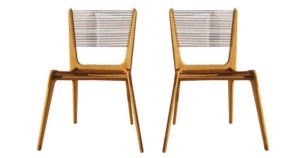 Maybe it’s more relevant for a flooring provider to talk about interior design than history, sustainability and culture… We disagree since flooring choices are lifestyle choices, but nevertheless, we do adore good design and will jump at a chance to talk about it.

In Toronto there’s a not-for-profit museum called Design Exchange. It houses the works of great Canadian designers, from furniture to architecture, from graphics to fashion. Their permanent collection is a great starting point for those interested in Canadian design since it features the work of some of the more influential Canadian designers. For example, the ‘Cord Chair’ by Jacques Guillan created in 1950: in keeping with Modernist minimalism, the chair frame is simply made of three boomerang shaped pieces of wood while the butt and back rests are made of stretched nylon chord.

But the museum doesn’t just house artefacts from the past. It also hosts workshops, seminars and exhibitions that reflect contemporary culture. For one, they recently hosted an exhibition of rainbow-colored pop art curated by the famous Pharrel Williams. Currently, they have an exhibition called ‘Chrysalis,’ in which Ryerson students “worked together in a one-day hack-a-thon to leverage digital design and fabrication methods to create the transformation of caterpillar to butterfly.” Cool no? Turns out that Canadian design is just as dynamic as Canadian politics, natural environments and music.

If you’re ready to start your next project, send us an email or give us a call. Better yet, if you live in Calgary and you’re in the flooring market, stop by our showroom at 525 58th Aveue SE. The Floorscapes team has as much experience as we do passion: combined, we have over 150 years in the world of Calgary flooring. We offer our knowledge, our expertise and our aesthetic sensibility in order to help you create a space that you will love.