The Resurgence of Midcentury Modern

You may have noticed that our website hosts a lot of Modern design. As a Calgary flooring provider, we can and do work with a variety of styles and tastes, but whether consciously or sub-consciously, we keep favoring Modern design in our projects and our room scenes. We asked ourselves the question, why do we love Modern design so much? And in particular Midcentury Modern?

It isn’t just because there is a resurgence. There’s something special about it… For this month’s article we decided to explore our love for Midcentury Modern and in doing so explain to you whatit is, where it comes from and why it has such lasting power. 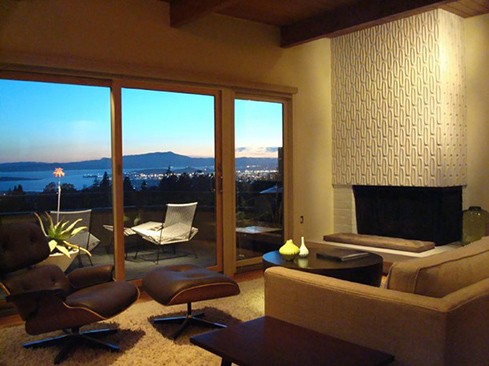 What is Midcentury Modern?

Whether you know what to call it or not, you know the Midcentury Modern look. Check out this photo to the left. Look familiar? If you’re a baby boomer you probably grew up with the look in your parent’s living room. If you’re Gen X, then you’ve seen it time and time again in the media as a symbol of 50’s culture. If you’re a Millennial, than you probably know it as ‘vintage.’ Nevertheless, you may not have the right words to describe it. What makes it Mid-Century Modern?

First, it uses negative space and large windows to create an open sense of lightness. The furniture has been designed using simple geometric shapes and gentle curves. It’s difficult to see, but underneath the shag area rug, the floor is an amber-coloured hardwood. Low-cost industrial materials that were readily available in the 50’s have been used – in this case the plywood that frames the chair. Finally, there’s some brightly coloured accent pieces for pops of colour – in this case the ceramic vases. All in all, the look is pared-down, spacious and centers on simple geometric shapes and accent colours. It makes for a home that is bright, orderly, warm and open to light from the outdoors.

Sooo…. It’s a great look. No doubt. But the fact that it is ‘a great look’ isn’t enough to explain its comeback and its immense popularity in the contemporary design world. Since its comeback in the mid 1980’s, Midcentury Modern has become increasingly popular and it isn’t slowing down. For example, the TV show Madmen is littered with Midcentury Modern room scenes. Dwell, Wallpaper and House Beautiful are all architecture and design magazines devoted to showcasing the look. Many Midcentury Modern designers have cultivated world famous reputations, like Ray and Charles Eames, whose furniture lines have become extremely popular in the last couple decades and have recently been featured by the MOMA and the Library of Congress. The very successful company Design Within Reach offers reissues of Midcentury Modern originals. Just being a great look can’t explain this kind of recognition. What makes it resonate so strongly for people? I think the answer lies in its history and its place in contemporary culture. 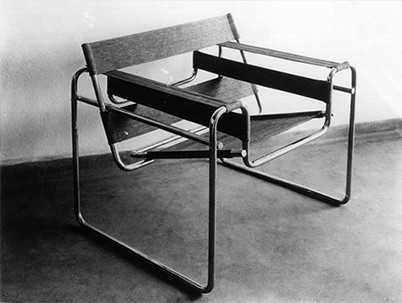 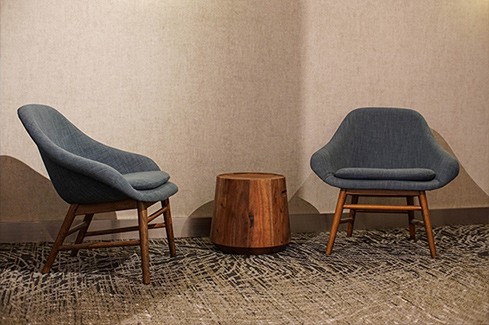 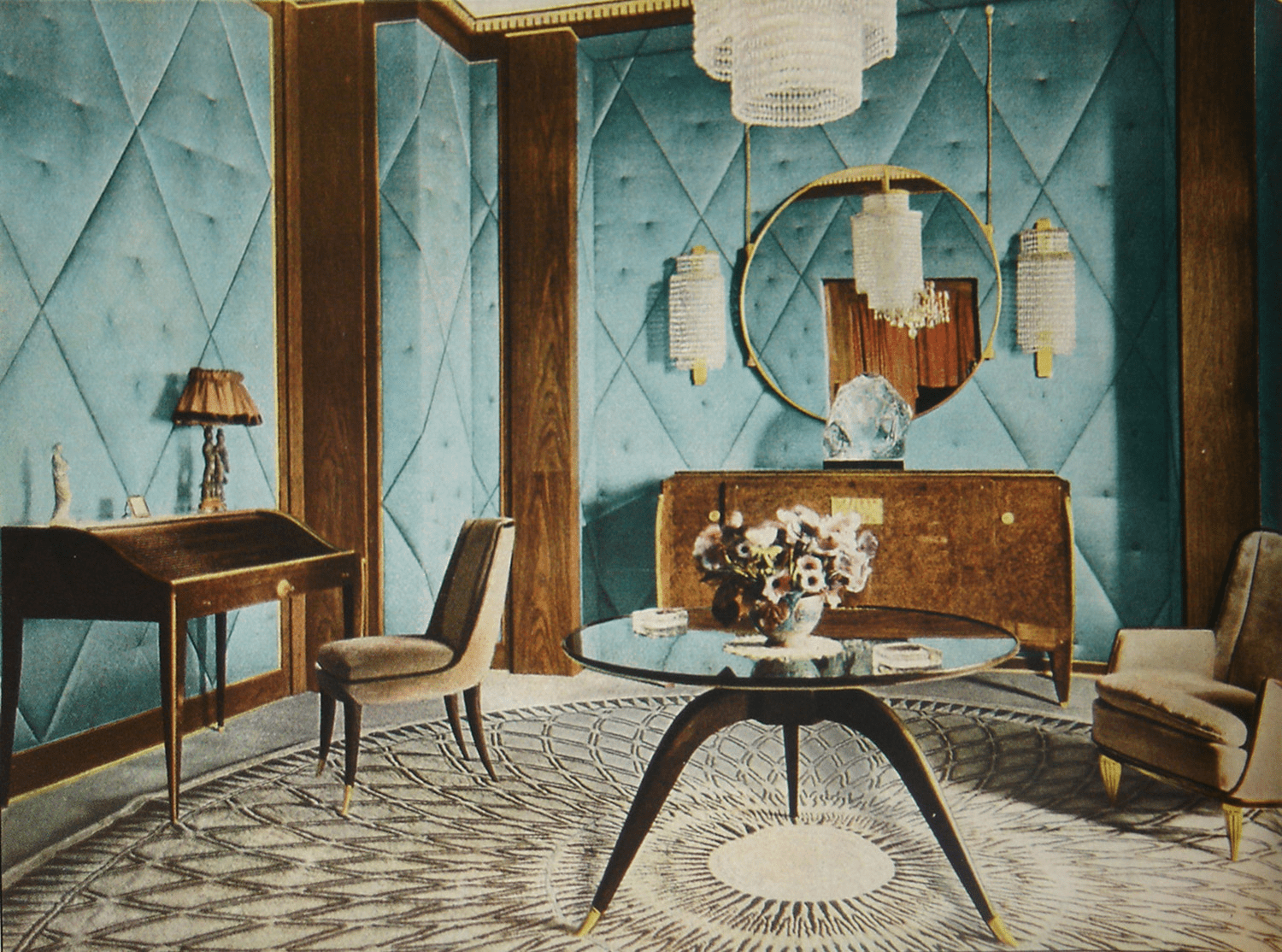 The most oft quoted dictum of Midcentury Modern is – “form follows function.” But before the term was coined by an American Architect, it was already being practiced by German designers. Check out this photo of the famous “Wassily” chair. It looks like it could be taken right out of a Midcentury Modern room scene, but it was actually designed by a German architect in the 1920’s named Marcel Breuer for an exhibition by the ‘Bauhaus School.’ It is no stretch to say that the foundation of the Midcentury Modern look lies in the philosophies and aesthetics of the Bauhaus school. Their M.O. was to “create Utilitarian design for the “new man” through the marriage of art and technology.” 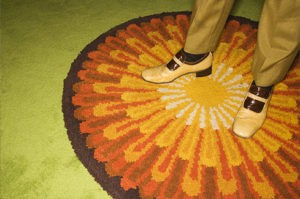 In other words, with a focus on function over form and a vision of industrial design that balanced beauty with accessibility, the Bauhaus school set half of the foundation for Midcentury Modern design. The other half was set by Frank Lloyd Wright and the ‘Prairie School,’ who took the Modernist aesthetic and Americanized it by adding their theory of ‘organic architecture,’ which declares that a home ought to reflect the aesthetics of its surrounding landscape and must utilize windows and negative space to “bring the outdoors, indoors.”

These two design schools – Bauhaus and Prairie – became popular by the 1930’s, but mostly among those who were well-off enough to afford the style. By the 1950’s though, the style became more accessible to average Americans. During the post-WWII boom, the suburbs proliferated, and with them, so did a demand for pleasant and effective design. Enter Midcentury Modern. It was the follow-through of the Bauhaus promise—Midcentury Modern designers offered minimalist design that could be mass-produced using new, but readily available industrial materials like plastic, metal, glass, plywood and plexiglass, etc. The American public loved it. Baby-boomers today remember well their parent’s living rooms, clad in geometrical furniture, plexi-glass lamps, 1 ½” hardwood floors, teak dressers etc. 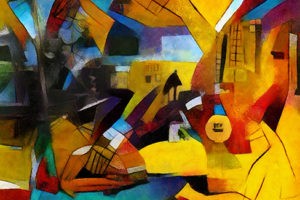 The question remains though, why is Midcentury Modern still so popular to this day? And gaining popularity at that? Laura Fenton in her blog “Why the World is Obsessed with Midcentury Modern Design,” says that it speaks to each generation in a different way. For the baby boomers, its nostalgic. For Generation X, it’s an exciting novelty that’s embedded in their subconscious through images of the 50’s and 60’s in media and film. For the Millenials, it’s got vintage cred. Holdeman who works at the international auction house Sotheby’s says that Midcentury Modern is “timeless” and that it “still feels Modern.”

I would venture to add that its popularity is rooted in the motivations of Modernist designers and artists reaching back as far as the late 1800’s. Modernists created ideas, art and designs through reflecting on their own place in history and time. They were self-conscious about being witnesses of a new era: fragmentation of society, whole new technologies, an increasing pace of life and new destructive forces. I would say that we are still in a paradigm where we consider ourselves “the new man” and our design tastes are a reflection of our engagement with that self-consciousness, whether we embrace Modernity or fear it.

If you have any questions about how to to integrate Midcentury Modern design in your home, send us an email or give us a call. Better yet, if you live in Calgary and you’re in the flooring market, stop by our showroom at 525 58th Aveue SE. The Floorscapes team has as much experience as we do passion: combined, we have over 150 years in the world of Calgary flooring. We offer our knowledge, our expertise and our aesthetic sensibility in order to help you create a space that you will love.